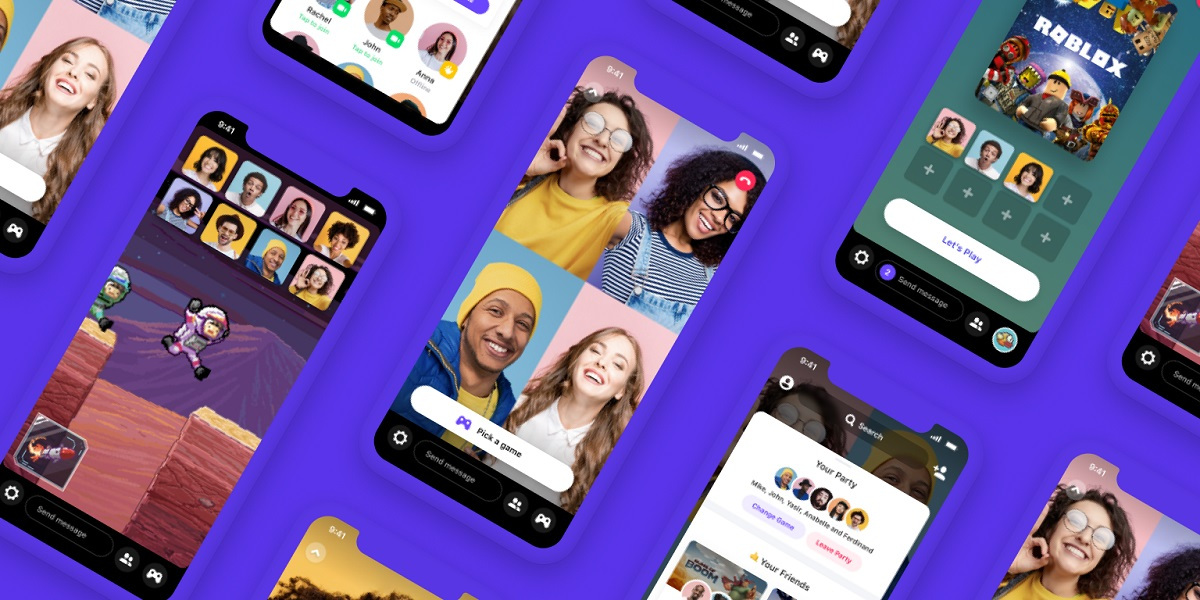 Why we invested in games video chat app “Bunch”

Congratulations to Bunch, the app that lets you play your favorite games with friends over group video chat, who recently closed a $3.85M “Series Game” funding round, with investors including: Supercell, Riot Games, Tencent, Colopl, Miniclip and Game Insight. We were delighted to lead Bunch’s earlier round, and are now happy to share more on our thinking.

The notion of chat in multiplayer games probably conjures images of fast-paced competitive action involving first-person shooters and hardcore gamers; potential ingredients including players 360 noscoping and a volley of exclamations being shouted down mics. And while this does form a significant use case, the ability to play and interact with friends in games has evolved far beyond these pure slugfests: from collaborating with your Clan and fighting off attackers on Clash of Clans, to running to claim a Gym on Pokemon Go. Even within single player games, guilds and community-based events are driving players together. Social play is pervasive, enabling new and deeper interactions between players and friends. Yet these interactions have belonged at the very heart of gaming since its inception; arcades and LAN parties provided not only the stadia for adrenaline-pumping battles, but an opportunity to have fun with your friends and to connect with the wider gaming community. Plus ça change…

Over the past twenty years, we have seen the progression of online social interaction from MSN (P2P text-based communication) to Facebook (text and visual communication via pages and feeds) to Snapchat (short-form video communication). Visual and audio communication between connected users has become the default for social messaging and interaction – arguably the overthrow of text already spread across to workplace meetings and now onto enterprise emails.

This can be attributed to certain factors such as: technological improvements, audiovisual as a medium of information transfer, and prevailing attitudes to socialising online. Moore’s law worked its magic in processing data on-device, and improvements in telecoms infrastructure provided faster bandwidth speeds and lower latency. If Snapchat had been proposed back in 2000, there simply wouldn’t have been the load nor processing capacity. Aside from the removal of supply-side constraints, the reasons why text-based communication has been supplanted by audiovisual alternatives are, for the most part, fairly simple: we are social animals who crave face-to-face interactions, and verbal form of communication is far more efficient than text. Most English speakers speak at about 4x the rate we can type, read at 5x that rate, and can listen at 9x that speed. Audiovisual communication also provides a more direct and personalised transmission of information outside of pure speed of transfer: conveying tone, intensity and facial expression. How we say something is just as important as what we say.

Millennials and Generation Z value these more qualitative aspects of communication, seeking to deformalise yet enrich peer-to-peer interaction. These are generations reared online, the first wave of digital natives, whose virtual personas act as natural extensions of themselves. They demand all the functionality and expression of the offline world, with the instant interactivity and gratification of the digital world: a video consummates this relationship.

Yet remarkably, the world of mobile gaming has remained fairly immune to this shift, still resorting to text or emoji-based chat systems as a means of in-game communication. Whilst Discord helps to cover the more hardcore audience on PC and Console, mobile gamers lack an adequate solution to interact and enjoy games with their friends, despite phones being our primary means of social communication.

Although games are becoming increasingly driven by social experiences, they have always been present, whether it was offline or online, single player or multiplayer. Arcade games brought friends together as they queued up their quarters, computer rigs and players alike buzzed during LAN parties, and the tribal divisions on sofas mirrored those portrayed on the console split-screen.

Games, as interactive entertainment, lend themselves more than any other entertainment medium to social engagement in the experiences shared together as well as the audience attachment and immersion level that one can achieve.

And yet for a long time, more socially-driven games on mobile have been stunted by the same factors that have held back video chat: namely, the limitations of technology, and the education of attitudes amongst the population (i.e. increased familiarity and sophistication of mobile gamers). The irony is that the birth of free-to-play mobile owed a lot to the exodus from social network games on Facebook. Facebook Canvas developers like Zynga, were able to make the leap from publishing on social networks to mobile: bringing their experience in managing in-game currencies and economies, as well as providing engaging yet shorter gameplay sessions. From our own experience, we supported Supercell’s transition as they started on browser and Facebook games before moving onto mobile: Clash of Clans itself started off life as Facebook game codenamed “Project Magic”.

The tide is changing however, with trends within mobile gaming marrying well with the evolution of social: a movement towards more engaging multiplayer content (with clans even creeping down into casual games). Although the mobile markets in China, Korea and Japan have had a significant multiplayer segment for many years now, Western markets are now starting to tending towards a similar equilibrium. This is not being only generated from mobile-only games: large multiplayer AAA PC/Console franchises with established IP are coming down onto mobile (e.g. Call of Duty) whilst the ability to play cross-platform, such as on Fortnite, reduces friction to social gameplay even further, as your mobile becomes just another peripheral to access the game. Game design will start to incorporate more and more social network features as developers try to retain users, the essential component of any multiplayer game.

Now where does Bunch come into this? It sits at the convergence of these two trends: providing video-enabled chat between friends and providing the next step for social on mobile. For developers who integrate Bunch, it provides improved retention and organic growth, and with deeper integration, can enable new forms of gameplay. For users, they have a virtual space to hang out and play fun games with their friends. The value of Bunch though is greater than the sum of its parts; despite the prevalence of Snapchat, WhatsApp and FaceTime, mobile users tend not to utilise video chat for hanging out, and when they do, functionality is limited to that particular application. Bunch hits at the heart of this problem, and gaming is the nexus for this entry. We spend 3.7 hours a day on our mobiles, and 72% of our mobile spend is devoted to games. Given gaming’s significance, it serves as the prime catalyst for this shift to video. Indeed, this does not stop players from hanging out outside of the game. Games are the attractions, but Bunch can provide the social square. And that is where the opportunity lies.