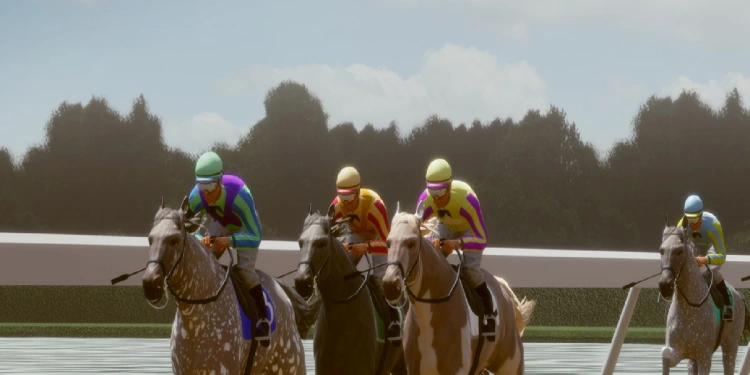 By Rosie Baird-MurrayMarch 17, 2022No Comments

We are thrilled to announce our investment into Third Time as part of a $3.5m round, enabling deep and engaging blockchain games and experiences with long-lasting economies

Crypto appears to be consuming the internet, at least if the noise on Twitter is used as the barometer of change; polarisation and diatribes abound, from crypto evangelists to sceptics. Claims of the imminent upheaval of centralised networking – mixed with a heavy dose of political ideology and a lack of historical perspective as to why web2 was necessary – meet equally intransigent dismissals of any change outside of the status quo, as if we have reached the equivalent of “the end of history” within tech. Straw men walk from thread to thread, as the debate becomes both more heated and yet less clear. This is not useful for anyone hoping to understand the nebulous catchall of “web3”, especially given how early it is. The more interesting questions for us as game investors revolve around how this social ferment and the new technologies created can be applied, and in particular, to games.

We have long watched the blockchain space, looking for signs that the sector might show signs of true scale (that is, active user numbers above the thousands). Indeed, one of the dilemmas of being an investor is not only to be right, but to be right at the opportune time. Too early, and the market isn’t there; too late, and companies are able to entrench their positions against prospective entrants. In theory, there is a huge amount of promise and value in what decentralised economies are able to deliver for users, but often the game – not only the onboarding but the actual experience of playing it – has been underwhelming. However, the shoots of a new market (indicated by play-to-earn games like Axie and Splinterlands) have shown that the enjoyment of playing these games not only resides in the game itself, but in the community, in the speculation and in the ownership users feel within these virtual worlds. Therefore we are able to place this new generation of crypto games within broader macro trends that have been occurring within gaming: the earlier onboarding of community from boxed product launches to GaaS to pre-product; a transition of business models from one-off premium to ongoing microtransactions to an open marketplace; funding sources broadening out from publishers to VCs to individuals; motivations have changed from beating the game to making friends and being a development partner. Crypto games represent a new generation of games, and a nascent market within the sector for developers to pioneer and explore: it is a journey that we have experienced and chartered before, having been early investors during the free-to-play revolution, and similarly look forward to how it might transform the industry.

We have invested into a number of, as of yet, unannounced companies that are looking to utilise blockchain technology – each providing their own unique insight or spin regarding their game design or economy structure, or indeed, how much decentralisation occurs within the game. And yet, our approach to the space is similar to our wider investment thesis: namely, that we are looking towards investments that stand the test of time over decades, and are not focussed on making a quick buck nor being a pure vehicle for speculation. In the corollary that follows, we believe the game must come first in order to build a long-lasting community and stable economy. Indeed, the experience (and battle scars) that many F2P developers have will prove invaluable in ensuring a sustainable experience for all: balancing speculators with hobbyists, whales with minnows, early adopters with late entrants.

We first met Ian back in September 2021 as he was heading down the proverbial crypto rabbit hole with his first NFT drop. From our first call, we could tell that he was a scrappy and entrepreneurial founder – his reasoning for the drop was less the overall amount raised, but in testing out the underlying blockchain infrastructure (Solana). During the call he gave an astute analysis of the issues plaguing another well-known blockchain game, and quickly reeled off a list of potential solutions and the building blocks of a sustainable economy. It was at this point that we knew that we had found a new member of the Lvp family.

Ian, Paul and Brian bring with them a combined 50 years of experience developing games, and have spent over a decade working together as a team. They cut their teeth during the early years of mobile free-to-play and are bringing that deep expertise in game design and economy management to the nascent crypto games space. The team also know their genre intimately, having produced some of the leading horse racing games on mobile (Photo Finish and Horse Racing Manager) as well as working on the Madden and Tiger Woods franchises. If anybody can bring the engagement and quality of F2P games to web3, they can.

Their enthusiasm and scrappiness in building their community from the ground up further sets them apart from the pack – they are genuinely motivated to build novel experiences with the blockchain and provide value for all parties. Through the new and improved Photo Finish, we believe that the company is in a strong position to produce the preeminent horse racing game on the market whilst the Suites represent the promise of a more social and immersive experience for sports fans. We are extremely excited to be on this journey with them, alongside our friends at Reciprocal and Coinbase Ventures.